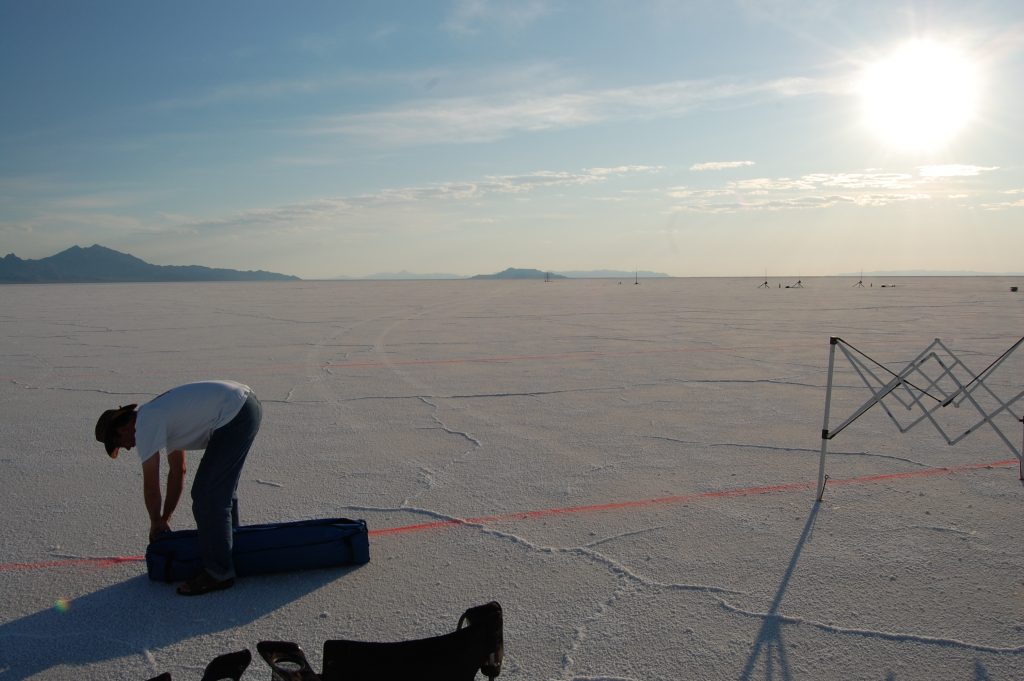 Code name Dugway on the salt at the Bonneville Salt Flats at dawn.

My first book, Fires of Hell, comes out on August 17th, 2016, only a week or two after this year’s Hellfire rocket launch on the Salt Flats. Hellfire is the first weekend in August, and brings together a bunch of people who love big, noisy, fantastic model rockets for three days of noisy, smoky, high-flying fun and sunburn. The ground is so reflective, you can get scorched in the strangest places–under your chin, behind your knees, and even your elbows, if you don’t slather on the sunscreen.

Dugway and I get the privilege of camping (carefully, and without disturbing the salt, in a camper) at the site to keep watch over the equipment. I love the other-worldly look of moonlight on the miles and miles of stark white emptiness. Sunsets glow pink and orange and gold overhead and underfoot, and sunrises are just as magical. There are good reasons so many commercials and movies are filmed out here. Looking forward to the silence–and the blood-pumping roar of K, L, and M motors kicking rockets into the sky.

And then my book releases into the wild, which is another sort of kick altogether.

I live in Utah with my husband. I have five interesting children and two exceptional grandsons. When not writing, thinking about writing, or teaching writing, I like to knit, camp, read (READING! YAY!), and attempt to turn heavy white clay into yummy vegetables. Don't tell me alchemy is dead!